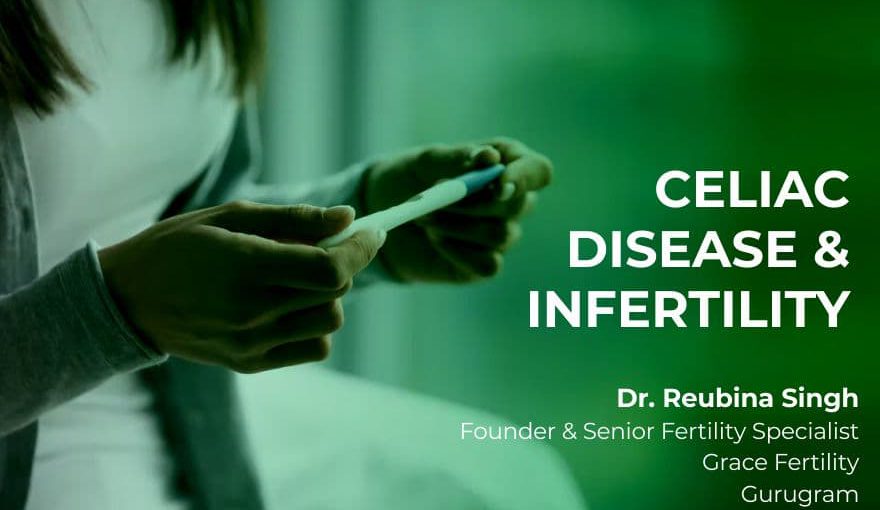 Celiac Disease & Infertility: Will cutting gluten from your diet boost your chances of getting pregnant?

According to experts at the All India Institute of Medical Sciences (AIIMS), celiac disease affects close to six to eight million people in India.

This redundant discourse over a woman’s body led to overshadowing a larger conversation, reducing a relevant platform for advocacy to a hostile space due to patriarchal narratives.

To shed some light on said ‘conversation’, it is estimated that every 1 in 100 people suffers from celiac disease. This number increases to 1 in 96 in northern India, considering wheat to be the staple diet of the community (God bless our punjabi mothers). Unfortunately, there exists a drastic gap between awareness around it and actual prevalence of the disease as experts believe that the condition is highly underreported across the nation.

This might come as an attack on all the moms out there but sadly, ghar ki roti can be bad for you sometimes, especially if you are diagnosed with celiac disease. Let’s see how.

What is Celiac Disease (CD)?

Celiac disease is an autoimmune, digestive disorder in which the digestive system reacts adversely to gluten, a protein abundantly found in wheat (gehu), barley (jau) and rye.

While it may seem similar, it should not be confused with gluten allergy or intolerance, as the latter can result in irreparable damage to the small intestine if left untreated.

Over the past decade or so, various research studying the association between infertility and celiac disease have produced inconsistent results. While some researchers believe that untreated celiac women are more likely to experience fertility issues, others have found no strong evidence to support this theory.

In around one in five couples, infertility is unexplained. Some studies direct us towards celiac disease as the underlying cause, indicating a possible relationship between the two.

The precise correlation between celiac and infertility is ambiguous, though it has been shown that reproductive issues have been caused by untreated celiac disease. This includes amenorrhea or no menstruation, early menopause, low-weight birth, and even miscarriages. And in males can cause abnormal sperm motility, or their ability to swim abnormal sperm morphology, or sperm size and shape and reduced sexual activity or drive. The NICE guideline on the recognition, assessment and management of coeliac disease recommends that a blood test for coeliac disease should be considered in people with unexplained subfertility (below normal levels of fertility) or recurrent miscarriage.

It’s not clear, however, whether the erratic immune system may cause these reproductive problems, or whether malabsorption due to untreated celiac disease may be the culprit. However, a few theories may help explain possible connections:

Celiac Antibodies – The presence of high levels of antinuclear antibodies (ANA) could be a sign of a woman’s body attacking itself. Preliminary reproductive immunology research has shown that celiac-induced antibodies such as ANA, DGP (deamidated gliadin peptide), tTG (anti-tissue transglutaminase) and EMA (endomysial antibodies) could have an adverse effect during early pregnancy.

Natural Killer (NK) Cells – Despite their scary name, NK cells are a crucial part of the immune system, given that they are highly specialized white blood cells that help kill virus-infected and cancerous cells. Having high levels of natural killer cells, however, has been blamed for potentially causing recurrent miscarriage and loss of fertility.

Nutritional Deficiencies – If you have untreated celiac disease, you’re highly likely to be deficient in any or all of selenium, zinc, iron, calcium, iron, and folate, all of which are essential to a healthy reproductive life.

Hormonal Problems – Undiagnosed or untreated celiac women are more likely to have a lower BMI and body weight due to malnutrition and other health problems associated with malabsorption. This can cause hormonal issues leading to earlier menopause and delayed onset of menstrual periods. Hence, women with untreated celiac disease may remain fertile for fewer years than non-celiac females.

While some studies have shown there may be a correlation between celiac disease and an increased risk of infertility, others refute this claim. What most scientists do seem to agree on, however, is that untreated celiac disease may be linked to unexplained infertility, especially in women.

Most women with treated coeliac disease do not seem to have a greater risk of fertility problems than women without coeliac disease, which means people on proper treatment, gluten-free diets and supplementations should not worry about anything. Not eating gluten has been found to restore fertility.